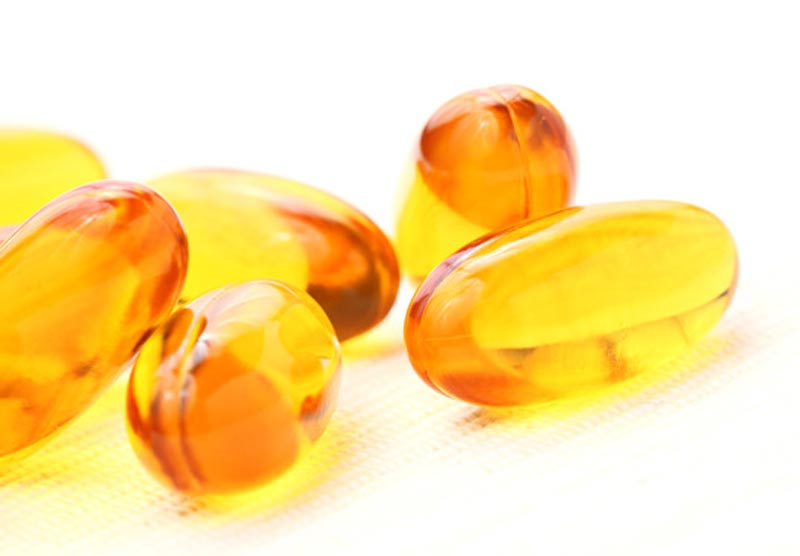 Revolution’s Ab Cuts Green (rebranded from the original Abdomincal Cuts Green)( as is a new offering from the folks who brought us the popular Abdominal Cuts, a CLA (conjugated linoleic acid) based diet supplement.

The new “Green” version of this product builds upon the original formula, subtracting a few ingredients and adding a couple of new (and hopefully more effective) ones.

The reason why this product is now labeled as “green” is because of the addition of fucoxanthin, which is derived from certain types of seaweed. Fucoxanthin or not, how does this product measure up to the advertised claims of being able to target fat loss from hips, butt, stomach and mid-section, as well as suppressing your appetite?

The new product’s label claims it is a “midsection” formula, giving the impression that it targets “belly fat.” This is more advertising “spin” than anything based on real science… especially since the majority of the helpful ingredients in this product are not included in a dose anywhere near high enough to be effective.

A single two capule serving of the product contains 1645 mg of the 8 ingredient formula. Dosage is 2 caps, 1-3 times per day (at 6 caps per day, a bottle will last just under 3 weeks), and you’ll absolutely want to take the highest dose possible to expect anything in the way of results.

On the plus side, this newer “rebranded” version of the product is more up front with this ingredients profile.

It’s no longer a proprietary formula (which previously prevented us from determing which ingredients were included at helpful doses). This doesn’t do the end result of this review much good though, since we now know for sure that most ingredients are under-dosed.

1. Vitamin E: A fat soluble vitamin, a potent antioxidant, and a natural preservative.

2. Organic safflower oil: Commonly used as a source of CLA or conjugated linoleic acid (although the label does not indicate this). There is some evidence that CLA is beneficial for weight loss. A recent meta-analysis (see American Journal of Clinical Nutrition, Vol. 85, No. 5, 1203-1211, May 2007) concluded…

Incidentally, not all of CLA’s characteristics are beneficial; it may also increase inflammation and insulin resistance.

There’s also a small issue with one of the isomers in CLA, specifically the T10, C12 isomer, stimulating the production of mammary tumors in animal models.

Don’t panic though; for one, you’re not a mouse, and two, the other primary isomer in CLA (called T9, C11) seems to have the opposite effect.

Does Revolution’s Abdominal Cuts Green contain the minimum 3.2 grams (3200 mg) of CLA shown to be effective?

There’s no way to be sure, although with a full-day’s dose of 6 caps delivering just over 4900 mg of ingredients, it is certainly possible.

4. Alpha Linolenic Acid: An omega-3 fatty acid, there is some evidence that ALA lowers blood pressure, serum cholesterol and blood lipids (see J Hum Hypertens. 1990 Jun;4(3):227-33, Am J Clin Nutr. 1986 Sep;44(3):336-40). Whether or not its included in Abdominal Cuts in a dose strong enough to elicit such beneficial effects is something we do not know.

5. Organic Wakame: Wakame is a seaweed, and in this product, a source of fucoxanthin.

Fucoxanthin. It’s a carotenoid present in seaweed and other marine vegetables. Thereis a small amount of promising evidence that indicates Fucoxanthin is useful for weight loss (see Biochem Biophys Res Commun. 2005 Jul 1;332(2):392-7, Asia Pac J Clin Nutr. 2008;17 Suppl 1:196-9). The bad news is that to date, any published material has been based on animal studies.

Additionally, there’s the problem of low bioavailability of these compounds in humans. This study (see Br J Nutr. 2008 Aug;100(2):273-7) concluded…

If the human body has such real difficulty accessing this compound, how effective can it be as a fat burner? This is a question that can only be answered in a peer-reviewed, published study. And of course, nothing like that exists yet.

On a more positive note, there is some newer study data that indicates the combination of fucoxcanthin and pomegranate oil does show positive weight loss effects. Does this product contain the precise amounts shown helpful in the study? Although there’s no way to tell for sure, my guess would be, “probably not.”

“It would appear that any antiobesity property possessed by EPO (evening primrose oil) is clinically insignificant.”

Another study (Swed J Biol Med. 1986;4:8-11) demonstrated GLA elicited a small amount of weight loss in people who have a family history of obesity.

At this point, GLA’s role in weight loss has not been clearly demonstrated, although it’s certainly a beneficial addition to anyone’s diet.

7. Organic sesame seed oil: Sesame seed oil contains a lignan (a phytoestrogen) called sesamin, which according to some retailers, lowers both blood pressure and cholesterol, increases the oxidation of fatty acids in the liver and muscle tissue (which should result in increased fat burning), as well as reduces the levels of certain enzymes which contribute to the storage of fat.

So while it’s probably fair to say that sesamin is a healthy addition to anyone’s diet, it’s a bit of a stretch to describe it as a fat burning miracle, especially at what is likely to be an insignificant dosage.

8. Organic grape seed oil: Grape seed oil has a light taste and a high flash point, making it ideal for cooking. It’s also a great source of alpha linoleic acid, a beneficial omega-6 fatty acid. You’ve probably also heard about the amazing antioxidant benefits of grape seed extracts—none of these pertain to grape seed oil however (proanthocyanidins, the type of antioxidant present in grape seed, are insoluble in lipids).

How’s it fare as a weight loss supplement?

The main weight loss benefits are largely attributable to CLA. It’s under-dosed in this product, containing less than half the amount used in positive clinical studies.

CLA can be purchased relatively inexpensively—as little as $18 for more than a month’s worth. Same for borage oil, a great source of GLA.

Aside from the CLA, the other ingredients offer benefits that may be promising, but not proven effective in clinical studies yet.

Why on earth would you buy Ab Cuts Green when you can buy CLA at an effective dose for much less?

Your call. I know what I’d do.