Scientific studies show that when used in conjunction with a sensible diet and exercise program, Meratrim works. Of course, the results are moderate and cannot be considered “miraculous.” 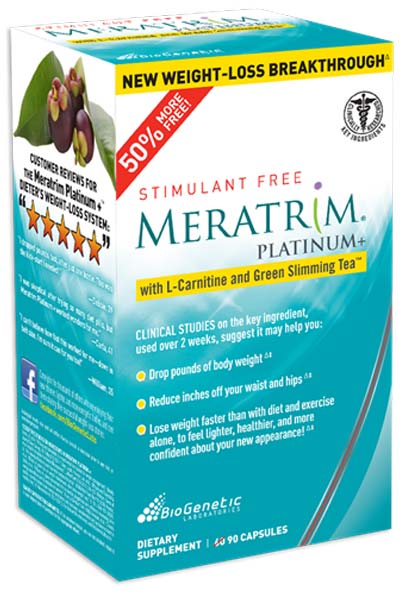 Meratrim™ – a proprietary blend of two plant extracts – looks like the next weight loss supplement to rocket to fame and fortune, thanks to its exposure on the Dr Oz show, and to a lesser extent, a feature in Woman’s World magazine.

To date, Oz’s breathless recommendations have rarely stood up to close scrutiny. We’ve found that the clinical data used as the basis for his recommendations is often inconclusive, preliminary, plagued by conflicts of interest or methodological issues,  or just plain contradictory.

That said, we always take a LOT of interest in anything featured on his show, simply because of the influence he has over the general public. Not surprising then, is our interest in this product.

So let’s talk a little bit about it. 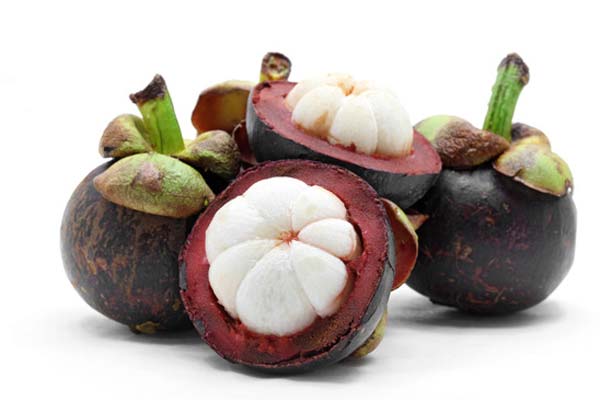 Garcinia mangostana is a fruit – you may know it as “mangosteen“, which was the “hot” superfood a few years back. In this case, it’s the rind that is used to create the extract for this blend.

Sphaeranthus indicus is a flowering plant in the daisy family. The flower heads are used to make the extract.

Ah, but that’s the question, isn’t it? Well, hold on to your hat, because this may surprise you…

The answer seems to be a “conditional” yes.

Meratrim™ is backed by a couple of peer-reviewed, placebo-controlled studies (both studies were conducted by the same people. It would have been more valuable had two different groups of researchers reached the same conclusion).

You can review the study abstracts for yourself here and here! It’s worth noting, however, that these are not two separate studies of 60 and 100 people… rather, they’re overlapping studies of 60 people; and (the same) 60 people, pooled with an additional 40 subjects from another (previously unpublished) clinical trial. Thus, the second study, linked below, summarizes the results nicely.

As far as most studies for nutritional supplements go, this one is not bad; there were 100 people total – 50 in a control group, and 50 in the “herbal” group who received a 400 mg dose of the blend twice daily. All study participants were placed on a 2,000 calorie diet, and instructed to walk for 30 minutes 5 times a week.

At the end of the 8 week study period…

“… significant net reductions in body weight, BMI, and waist circumference were observed in the herbal group compared with placebo.”

How Scientifically Sound are these Studies? Can I Trust Them?

I asked Elissa Lowe, our scientific and technical adviser to take a closer look. Elissa’s a trained food scientist and a former research associate at the University of California at Davis (you can look her up on Pubmed if you like) so she’s well qualified to comment on such things.

Here’s what she said…

There are some real strengths to this study. I’m impressed with Judith Stern’s involvement and oversight. Dr. Stern is an emeritus professor at my alma mater and has an impressive research record. I also like the fact that food was provided to the subjects, which helped to eliminate problems involved with dietary recall, portion control and variations in diet composition. Finally, the program the subjects were on was comparatively painless, which no doubt helped with compliance.

Of course, there are some issues, too:

Yes, it does appear to work.

But the weight loss is slow, steady and well within what is normally expected when adopting any sensible diet and exercise program.

What about Oz’s Study?

As he often does, Oz conducted a little study of his own to verify the results of this plant / fruit blend. He put 30 audience members on the supplement for two weeks. He instructed them to stick to a 2,000 calorie diet and to walk 30 minutes per day, in essence mimicking the study’s methodology.

Except for one thing. There was no control group.

In the clip that I saw, study participants reported losing anywhere from 3 pounds to 7 pounds in the 2 week study. Those results are much more dramatic than those obtained in the published 8-week double blind studies I referenced earlier.

Why such impressive results?

Because we’re not comparing to the results obtained by Oz’s group to those obtained by a “control group”.

Here’s what I mean…

If Oz had also taken another group of 30 audience members, given them a placebo instead of Meratrim™, and instructed them to stick to a 2,000 calorie diet and walk 30 minutes a day, you can bet that a large percentage of those people would have lost weight too, simply because they implementing a moderate diet and exercise program.

An accurate assessment of  Meratrim™’s effects would have been to compare the results obtained between the two groups and determine the difference – like the peer-reviewed clinical study does. But Oz doesn’t do this, which makes the results appear much more dramatic.

It also steers you away from the conclusion that perhaps diet and exercise were responsible for the majority of the results.

7 lbs of weight loss in two weeks doesn’t sound nearly as impressive if you were able to determine that people implementing the same protocol without Meratrim™ lost 5 pounds, right?

In short, toss the results of Oz’s impromptu study in the trash, and instead, put your faith in the one I referenced earlier.

What are Real People Saying about Meratrim? Testimonials? User feedback and Reviews?

Actually, people are not saying much.

Contrary to what you heard from the folks on the Oz show, real, everyday people do not seem to be overwhelmed by this stuff.

Sure, testimonials are anecdotal and don’t mean much on their own, but they are a good place to start looking for trends.

And in this case, the trends do not look fantastic.

Of course, the reported results are also entirely in keeping in what I would expect to see from people who tried Meratrim™, but did not at the same time adopt a similar a diet and exercise plan as the one implemented in the study.

Clearly the product helps, but only when implemented with proper and exercise, and even then, we’re not talking about weight loss miracles here.

So no diet, no exerice… no results.

Should You Try Meratrim?

At the end of the day, is Meratrim™ worth experimenting with?

… then I don’t see why not. It’s affordable enough, and it appears to be a safe product.

Just make sure you’re getting a product that contains a proper dose; 400 mg of Meratrim™ twice daily.

Other Reviews of Interest

Interested in other “featured on Dr. Oz” product reviews?

Awesome. We’ve got a bunch.