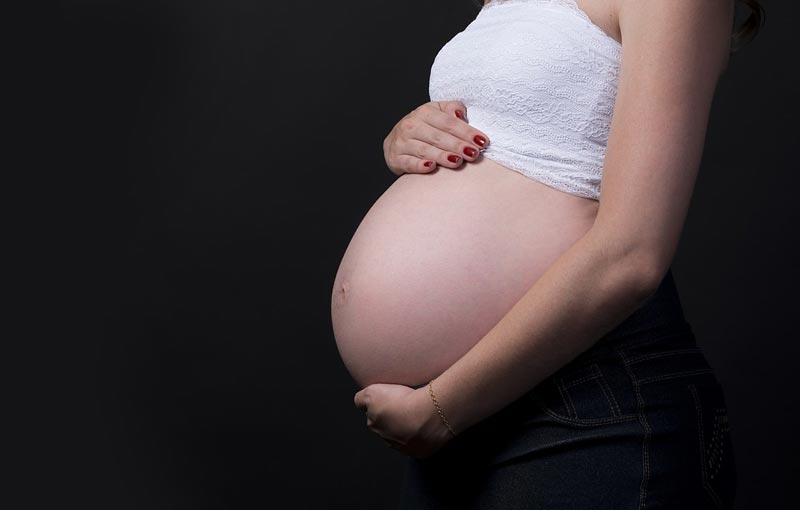 hCG Is Produced During Pregnancy!

Over the past few years, we’ve seen a flurry of renewed interest in hCG weight loss.

Even Dr. Oz has offered his (qualified) support for the program.

Before discussing human chorionic gonadotropin’s “place” in any weight loss strategy, let’s discuss what it is…

Human chorionic gonadotropin is a hormone produced during pregnancy. The hormone is present in the urine, and it’s the presence of hCG that home pregnancy kits are “checking” for when such a test is performed. In a nutshell, if hCG is present, you’re pregnant, if it’s not… you’re not.

Certain kinds of cancer produce hCG, and as a result, is an important tumor marker as well.

When human chorionic gonadotropin is prescribed in a medical scenario, it is either as a fertility medication (can be for both men or women), or to restore testosterone production in men.

What About hCG and Weight Loss?

In 1954, Dr. Albert T. Simeons, a British-physician claimed hCG injections would allow dieters to manage easily on a 500 calorie per day diet.

He claimed that hCG could suppress appetite, burn stored fat as well as redistribute fat from the hips, thighs and waist. Unfortunately, he had no clinical evidence to validate any of these claims.

But that’s not to say that hCG’s role in weight loss hasn’t been studied. It has. Quite extensively.

One study, the Asher-Harper study (performed in 1973), found that the combination of the 500 calorie per day diet and hCG injections offered a significant benefit to dieters, offering increased weight loss and a decrease in hunger.

It is this study that many of the advocates of the hCG protocol regularly cite when promoting this diet.

What they don’t do however, is cite this study (American Journal of Clinical Nutrition, Vol 29, 940-948), which was designed to…

“… retest the hypothesis of the efficacy of human chorionic gonadotropin (HCG) on weight reduction in obese women in a clinic setting. We sought to duplicate the Asher-Harper study (1973) which had found that the combination of 500 cal diet and HCG had a statistically significant benefit…”

In other words, these researchers attempted to duplicate the results of the Asher-Harper study. The result of their findings?

“HCG does not appear to enhance the effectiveness of a rigidly imposed regimen for weight reduction.”

A more recent study echoed this conclusion. “The effect of human chorionic gonadotropin (hCG) in the treatment of obesity by means of the Simeons therapy: a criteria-based meta-analysis” (see Br J Clin Pharmacol. 1995 Sep;40(3):237-43) concluded…

“… that there is no scientific evidence that hCG is effective in the treatment of obesity; it does not bring about weight-loss of fat-redistribution, nor does it reduce hunger or induce a feeling of well-being.”

This seems to be the general consensus for hCG’s role in weight loss—taking it simply makes no difference. Some go further—like Dr. Stephen Barret of Diet Scam Watch, who calls hCG “worthless as a weight loss aid.”

The Role of the Very Low Calorie Diet (VLCD)

It’s important to note, however, that hCG is administered under the supervision of a physician (hCG is considered a drug and requires a prescription) along with a Very Low Calorie Diet (a diet providing 800 or less calories per day—also known as a “VLCD”). It is often accompanied by intensive one-to-one support.

This is the “hCG protocol.”

When hCG was tested, it was compared to a placebo which included the Very Low Calorie Diet. And yes, VLCDs work. You will lose weight on one.

Guidance and support can also be very helpful for weight loss; that’s why programs like Weight Watchers have regular meetings and weigh ins. Frankly, if you have to be accountable to someone for your successes and failures, you tend to be a little more serious about making an effort.

But what the clinical data shows is that when you compare the results of people on a medically-supervised VLCD and those on a VLCD and hCG, there is no perceptible difference—in weight loss, in perceived hunger, in anything (while this may come as a surprise to many people, VLCDs themselves have appetite-suppressing effects).

In other words, it is the low calorie diet, possibly in conjunction with the regular support and guidance, that is responsible for the weight loss.

Not the hCG shots.

And that’s not the only problem…

In the old days, hCG was difficult to obtain, and prohibitively expensive. Now, hCG clinics are popping up all over the place. It is becoming relatively easy to obtain.

In fact, it’s very likely desperate individuals will have no qualms about turning to their credit cards to finance the protocol, figuring it is worth any price if it works.

But the hCG protocol is not a “quick fix” solution for weight loss. Even physicians who actively prescribe the protocol (like Dr. Ben Gonzalez, with whom our scientific and technical advisor Elissa had an interesting and spirited discussion here!) are quick to point this out.

If you’re reading this review because you are considering the hCG protocol, we would strongly recommend doing some research on the better “conventional diets, especially if you have less than 50 pounds to lose (the top online diet programs are reviewed here, and we have an entire section dedicated to diets here!).

Over the years, we’ve received a lot of angry comments from people (see below) who had used the hCG protocol to what they felt was a positive effect (these led to some interesting blog posts, viewable here, and here!).

They felt we were “bashing” hCG, and failing to recognize its role in weight loss.

As noted, you will absolutely lose weight on this program. But the clinical studies show that you won’t lose any more weight by taking hCG… it’s the combination of caloric restriction and personal accountability that are responsible for the success of the program.

In the end, keeping the weight off requires significant lifestyle changes. This is why I prefer more conventional weight loss programs… I feel they are far better solutions for long-term fat loss, health, and well-being.

Given what I know about the hCG protocol to date, there is no valid reason to recommend experimenting with it.

Pros and Cons of hCG Diet

Your Comments, feedback and Reviews

Tried the hCG protocol? Got feedback you’d like to share? By all means, jump into the conversation below!