Green Coffee Extract for Weight Loss? Not so Fast... - UltimateFatBurner.com 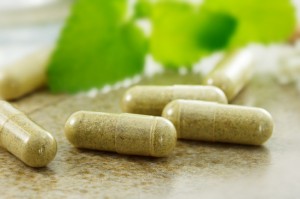 It’s been a year or so now, but the hype generated for green coffee extract as a viable and potent weight loss supplement – by Dr. Oz and his “expert” guest naturopathic doctor and certified nutritionist Lindsey Duncan – still lingers on. It’s still being touted as a weight loss miracle, although its star has faded a bit and marketers have moved on to other – and equally useless – solutions.

Regardless, whether sold on its own or gracing the labels of an “all natural” weight loss formula, you’ll almost always see the words “clinically proven” accompanying the specific product’s advertising.

Well, now we can take that “clinically proven” claim and put it where it belongs… in the trash.

Because the study that was used to fuel the entire Oz-inspired green coffee phenomena has been retracted.

Yes, the study that fueled this entire craze has been deemed virtually useless by the study authors.

Here’s how that went down…

In 2010, a Texas-based supplement company called Applied Food Sciences, Inc., paid researchers in India to conduct a clinical trial on green coffee extract for weight loss (no conflict of interest there, right?).

When it turned out the study had so many flaws that no one would publish it, Applied Food Sciences hired two guys stateside – Joe Vinson and Bryan Burnham from the University of Scranton – to rewrite it so it would pass muster with some journal, somewhere. According to the FTC, neither Vinson nor Burnham made any effort to verify the data they had received, despite its numerous irregularities.

Nonetheless, the study was published and the rest is history – Oz and Lindsey (who also maufactured and sold his own green coffee extract product) hyped the stuff into the stratosphere.

Fast forward to 2014, and we find that Applied Food Sciences – the guys responsible for the entire green coffee extract craze – have been fined 3.5 million by the FTC for…

“Pushing its Product Based on Results of “Seriously Flawed” Weight-Loss Study.”

In its complaint, the FTC charges…

“… the study was so hopelessly flawed that no reliable conclusions could be drawn from it.”

“…that the study’s lead investigator repeatedly altered the weights and other key measurements of the subjects, changed the length of the trial, and misstated which subjects were taking the placebo or GCA during the trial.”

Mind you, it’s not terribly surprising.

After all, when we reviewed green coffee back after its initial exposure on the Dr. Oz show, we noted how vague the paper was on the issue of dieting and exercise – it appeared like participants were, but it didn’t say for sure. It only “implied it.” Such ambiguity – especially when it applies to something as critical to weight loss as diet and exercise – is never a good sign.

Anyhow, these irregularities should have been flagged by Oz’s people – after all, we found them easily; they were right there for anyone to see. That didn’t happen. Either they didn’t…

Not good, any way you want to slice it.

I will be curious to see if Dr. Oz comments on this, but considering the solid drubbing he got from Sen. Claire McCaskill, chairwoman of the Subcommittee on Consumer Protection, Product Safety and Insurance back in the spring, I kinda doubt it. I suspect he’ll prefer to lay low. We’ll see.

Where does that leave green coffee?

Well as we noted in our original review, there is another small human based study and some animal data to support mild weight loss effects. So this study doesn’t mean green coffee extract is useless, it just means we’re pretty much back to where we started – more verifiable, genuine clinical data is required before a true assessment can be made, one way or another.

But that’s neither here nor there.

The moral of this story is…