3 Things You Must Know Before Buying a "Clinically Proven" Fat Burner - UltimateFatBurner.com 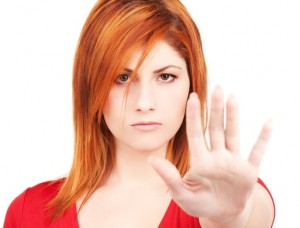 The words almost leap off the page and into your lap.

And if you’re in the market for a fat burner, an over-the-counter diet pill or whatever you want to call it, they are two very powerful words that retailers use often to nudge you into making a purchase. After all, what have you got to lose (other than weight, course), if the product has been proven to work in a clinical setting by medical and health professionals?

But chances are, “clinically proven” doesn’t mean anywhere near what you think it does. With that said, here are the…

1) It doesn’t mean you don’t have to diet and exercise.

Almost every single positive study performed on weight loss supplements includes caloric restriction (i.e., a “diet”) and moderate exercise of some sort. In other words, study participants ate less, exercised, and took the supplement in question in order to obtain the results they achieved.

Chances are unless you reduce your calories (usually to around 1,200 / day for women, 1,800 / day for men), and start walking 3-4 times a week for 30-40 minutes per session – in addition to taking the product – you can expect exactly ZERO in the way of results.

2) It doesn’t mean that the weight loss is dramatic.

In order for something to be “proven” to work in a clinical setting, the results obtained from the study have to be “statistically significant.”

So “clinically proven” might mean 8 lbs in 2 months or 1/2 pound in 2 months, and anything in between. It does not necessarily mean “a lot.”

Being able to review the study data itself will put the results into context, which is why most retailers touting the “clinically proven” claim rarely provide a link where you can go and review it for yourself. For instance, if the control group (i.e., the group that followed the diet and exercise program but got a placebo pill instead of the active ingredient) lost 4 lbs / month while those who followed the program AND took the product lost 5 lbs, the results appear a lot less dramatic. In this case, the retailer is unlikely to mention exact figures, but instead will say something like…

“People taking XYZ lost 25% more than those who did not.”

Which is technically true but in reality doesn’t warrant a purchase of the product.

How can something that’s clinically proven not actually be so?

The typical “gold standard” for proof when it comes to supplements is the double-blind, placebo controlled, peer-reviewed study published in a reputable journal. Let’s break this down so you know what I’m talking about…

Now here’s where we run into problems. “Clinically Proven” may mean…

Now that you know all this…

You’ll be a little more wary the next time you see “clinically proven.”

In reality, it probably doesn’t mean very much.

Psssst: Can I ask a favor? If you liked this post and want to hear more from us, or think your friends would like us, please share our content on your favorite social media site by clicking the button below! Thanks a bunch!