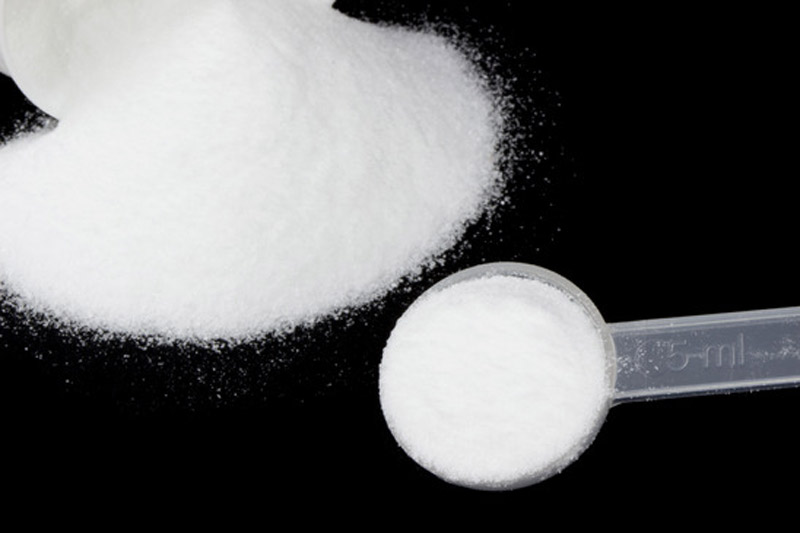 Creatine monohydrate is the real deal!

If there’s one thing this creatine monohydrate review will teach you it’s this: When it comes to the various forms of creatine, this stuff is the “gold standard.”

Yes, despite the advertising hype you see when you flip open the pages of any popular bodybuilding magazine on the market, no other form of creatine can boast the reams of published, clinical evidence showing it works.

In fact, creatine monohydrate is the only creatine that has been conclusively studied. All other forms… well, they may work as well, or they may not.

There’s no evidence either way.

And that’s only scratching the surface. There’s a ton of positive sports-centric data on this supplement.

No One Trick Pony

But the benefits of creatine supplementation are not restricted to just performance gains in the gym. No, it has many potential therapeutic applications as well…

For instance, this study showed training with creatine monohydrate improves upper-body strength in patients with Parkinson disease. And this one showed it was effective for strength increases in men over 70. Still another shows it helps individuals with muscular dystrophy.

And creatine monohydrate supplementation offers other benefits as well; it may help protect against neurological disease and atherosclerosis, manage stroke-like episodes, and may even alleviate some of the symptoms of fibromyalgia.

A recent review of the relevant clinical data, entitled, “A review of creatine supplementation in age-related diseases: more than a supplement for athletes” claims…

“… these benefits has made creatine a leading candidate in the fight against age-related diseases, such as Parkinson’s disease, Huntington’s disease, amyotrophic lateral sclerosis, long-term memory impairments associated with the progression of Alzheimer’s disease, and stroke.”

No doubt about it, creatine monohydrate is a big deal!

So let’s talk a little more about it. In the past, I have written about creatine safety and side effects, how creatine works, what you can expect from it, and so on.

For the sake of simplicity, let’s compile the core elements of those articles into this one, so you don’t have to jump all over the place. Let’s get started with the most obvious: how it works.

Put simply, creatine monohydrate provides the raw material necessary for the “re-energization” of the energy creation process in the cell. It re-energizes the ATP energy molecule which becomes ADP (adenosine di-phosphate) after being depleted.

However, more than a few people have told me creatine doesn’t work…

“I took creatine, I gained 10 lbs, I stopped taking it, and I lost all the weight. Creatine doesn’t work.”

Not quite. While a small minority of people may be creatine “non-responders”, it will work for most.

However, supplementing with creatine monohydrate can cause “cell volumization” and even water retention.

Although water retention has been documented with creatine usage, it is likely a result of excessive sodium content, and not the creatine itself. Sodium may be included in a significant amounts in poor quality and cheaply manufactured products.

“Cell volumization” means water is drawn into the muscle cells. Depending on how large you are physically it is possible to gain up to 10 lbs of weight within a week to ten days after beginning supplementation.

This is water weight, not muscle.

It’s a perfectly safe and acceptable side effect, and yes, this 10 lbs. will disappear shortly after you stop using creatine.

But it has nothing to do with whether creatine works or not.

What creatine does do is allow you to perform more work (i.e. more repetitions), which forces a greater adaptive response. In other words, if you are now doing 12 reps of a weight you used to only do 10, your body has to “adapt” to this increase in workload by building that much more new muscle.

What about creatine safety and possible side effects?

First of all, it’s inconceivable that creatine can be dangerous, when it is obviously used to help individuals with various medical conditions. Studies confirm this as well; this study, “Adverse effects of creatine supplementation: fact or fiction?” concluded…

“… we believe that there is no evidence for deleterious effects in healthy individuals.”

Nonetheless, not everyone should take creatine. People with kidney disease need to be careful, as this study confirms…

“In people with a history of renal disease or those taking nephrotoxic medications, creatine may be associated with an increased risk of renal dysfunction.”

“…creatine supplementation should not be used by an individual with preexisting renal disease.”

Of course, the possibility for occasional episodes will occur when taking large amounts of any amino-acid based supplement;

“…idiosyncratic effects may occur when large amounts of an exogenous substance containing an amino group are consumed, with the consequent increased load on the liver and kidneys.”

For most people, creatine is quite safe.

Note: If you’re concerned about consuming large amounts of creatine, skip the loading phase (the one-week period where you saturate your muscles with a high-dosage, usually 20-30 grams). Your muscles will eventually reach saturation with a lower dose, it just takes much longer. And you don’t need much; 5 grams a day is all any of us needs. Plus, many experts even argue about the merits of a loading phase. I’ve never noticed a difference with or without one myself. I’ve also felt the loading phase was perpetuated by the retailers, who stand the most to gain by having you go through half your product in the first week of supplementation.

So what are my options for supplementation?

Any high-quality creatine monohydrate will do—preferably Japanese or German. No, don’t buy cheap Chinese-source creatine. It is often an inferior product, and may be contaminated.

Dr. A. Franco-Obregón, author of “Creatine: A Practical Guide, notes that some of the biggest health concerns with creatine supplementation are not with creatine itself, but with impurities created in the creatine synthesis process by companies trying to cut corners and manufacturing costs. His conclusions are echoed in this study which states…

“In summary, the major risk for health is probably associated with the purity of commercially available creatine.”

Even a good quality product is relatively inexpensive, so there’s no reason to cut corners here. Try AllMax’s creatine monohydrate from BodyBuilding.com—it’s sourced from German creatine.

How to Take Creatine Monohydrate?

Powder form is the most economical way to take creatine, given that a fairly large daily dosage is required.

Research shows you can stack creatine monohydrate with either carbohydrate or protein for optimal absorption. According to this study, 5 grams of creatine with either 50 grams of protein or 100 grams of carbs works best.

My personal recommendation is to toss a serving into your post workout shake (which should contain a blend of protein and carbohydrate, and then forget about it!

Any offering by a quality brand name offering a German or Japanese sourced creatine is your best option. Beware of exceptionally cheap products, since inferior processing processes may yield impurities that may result in unwanted side effects.