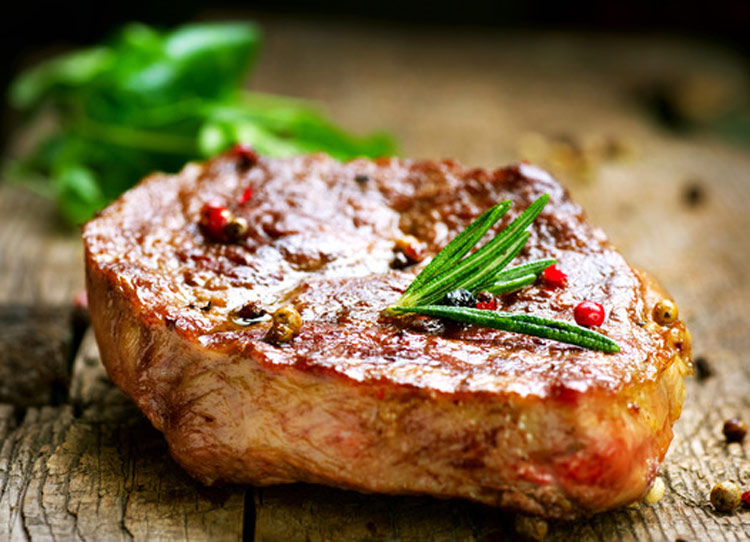 Grilled steak. Light on the veggies. Welcome to the Atkins diet!

Mention the Atkins Diet, and there’s almost no doubt you’ll generate some controversy, even now.

To some, the Atkins Diet is the best thing that ever happened to them, and to dieting in general. Others see the Atkins diet as dangerous and impractical. The mere mention of the implementation of this diet throws them into convulsions (the comments following this review will give you can idea of the range of emotions it elicits).

All in all, it all makes for an interesting discussion.

The Atkins Diet has returned to the spotlight with the resurgence in the popularity of such low carbohydrate diets as “Protein Power”, “The Carbohydrate Addict’s Diet”, and Barry Sears’ “Enter the Zone”. But clearly this man is no stranger to the dieting industry. A former cardiologist, his first book “Dr Atkins’ Diet Revolution”, was released way back in 1972. And it differs little from his most recent offering.

Why all the controversy?

The problem with the Atkins diet, according to some experts, is its period of extreme carbohydrate restriction (under 30 grams daily). In the initial stages, the bulk of daily caloric intake comes either from fat (saturated or unsaturated is fine) or protein.

This is absolute and total rubbish. None of the experts making such claims have been able to dredge up a single example of renal failure as a result of this diet. And I could not find any evidence that an increased protein intake posed any dangers to “normal” individuals not suffering from renal disease. In fact, I found the contrary (see Nutr Metab (Lond). 2005 Sep 20;2:25)…

“…we find no significant evidence for a detrimental effect of high protein intakes on kidney function in healthy persons after centuries of a high protein Western diet.”

“… that the concept that protein restricted diets decrease the risk of developing kidney disease in the general population is not supported by the scientific literature.

This one, which investigates a higher level of protein intake for athletes (see Appl Physiol Nutr Metab. 2006 Dec;31(6):647-54) indicated…

Of course, there are issues when increased protein is NOT a good thing — anyone with less than optimal kidney function needs to be concerned about increasing their protein intake without first consulting with a medical professional.

And as Elissa points out in this blog post, diets rich in cereals/grains, animal proteins, and salt (like the typical North American diet) can get a condition known as chronic metabolic acidosis (CMA).

That aside, the available evidence indicates an elevated protein consumption is not dangerous.

Yes, this is true, but it’s also more than a little misleading.

Anyone who reads the Dr. Atkins diet knows that his period of extreme carbohydrate restriction is very short lived — only a couple of weeks.

Then you gradually start reintroducing low glycemic carbs (like fruits and veggies) back into your diet. Plus, Dr. Atkins suggests you do supplement your diet with vitamins and minerals during this brief period of extreme restriction.

In other words, there is no “long term” restriction involves with this diet.

Additionally, those who make this claim neglect to mention that the folks adopting this diet are doing so because their previous eating habits were terrible.

It is not likely, for instance, that the vast majority of individuals embarking on the Atkins diet were consuming perfectly balanced diets complete with highly nutritious meals beforehand and that this diet is going to expose them to nutritional deficiencies.

In other words, it’s a valid point, but in the real world, it’s moot.

Any diet that place an emphasis on the consumption of fatty foods can’t be good for you, goes the argument proposed by mainstream nutritionists.

Unfortunately, there is no evidence this is so.

In fact, a recent 20-year study found no association between low carb diets and the risk of coronary heart disease.

In other words, this “danger” is not a danger at all.

It’s also been demonstrated that it’s the low carb diet that is more effective at improving metabolic syndrome!

Can’t blame you really. After all, you’ve heard for years and years how dangerous fat is for you. So…

Please review the clinical references I include here if you continue to be skeptical.

Secondly, for most of our entire evolutionary development we have been hunter-gatherers. That means no harvesting of crops, no tending of flocks: just scratching a living from what we scavenged or killed each day. Scientists studying the fossilized feces of early man (now there’s a job for you!), have speculated that as much as 80-85% of their diet came from meat.

Considering our early ancestors lived in Northern Europe around 30,000 years ago, and survived an ice age, it’s not surprising they ate meat. When it’s that cold, there just aren’t bushels of fruit and vegetables available at every street corner!

The bottom line here is very simple… our ancestors often experienced times of severe carbohydrate restrictions for extended periods of time (in fact, the Inuit of the Canadian Arctic did so up until very recently), without any ill effects. So this diet does not present any real threat to safety, especially considering the short period of time you’re actually restricting carbs.

So what is the purpose of this carbohydrate restriction anyway?

It’s to get the body’s insulin secretion system back on an even keel. Simple carbs, like those in preponderance in the North American diet, cause the body to become insulin resistant. In short, this leads to wildly vacillating blood sugar levels. This may lead to weight gain, fatigue, moodiness, lack of concentration, and UN-productivity. Carbohydrate restriction “reprimes” the body, and gets it back to working properly again.

With all that said, this isn’t an easy diet to stay on. Sure, eating all the steak, burgers, bacon, nuts, and cheese you want may sound appealing, but it quickly loses it’s allure when it’s the only thing you eat. Steak isn’t much fun without potatoes, burgers are lacking without fries, and cheese without crackers?

Additionally, lean muscle mass seems to be threatened on this diet. Considering muscle burns calories even at rest, the loss of even some of this critical tissue is very undesirable. As an avid weight lifter, the rapid muscle loss I experienced while on this diet was particularly unnerving. I also found that without carbohydrates as a fuel source, strength at the gym dropped dramatically—even after the body had made the adjustment from a carb burning to a fat burning machine.

This diet does seem to be an effective way of losing fat weight. If you’re going to attempt this diet, however, I have two comments for you. First…

The first week is the hardest. On about the third day of the diet, it’s likely you’ll start to feel “muggy-headed” as the body starts to make its switch to a fat burning machine. Hang in there, you’ll soon feel better. Secondly, you will weigh at least 10 lbs. lighter at the end of the first week. Don’t get too excited though, severe carb restriction has a diuretic effect. Most of what you’ve lost is water.

The Dr Atkins diet isn’t perfect, but it does work. That’s the bottom line.

If you’re hypoglycemic, or severely insulin resistant and suffering from metabolic syndrome, the Dr Atkins diet may be just what you need. From what I’ve seen with personal contacts, it is the Atkins diet that leads to the most dramatic improvements in important blood markers (cholesterol blood triglycerides, etc) and weight loss.