Home » Muscle Builders » 4 Reasons Why Creatine May Be the Safest Supplement Ever!

Creatine monohydrate is one of the most popular and well known sport supplements on the planet, and if you’re new to it and want to learn a little more about it before supplemeting, or you’re a mom or dad who just found a jug of it in your son or daughter’s gym bag and are wondering just what exactly they’re getting into, well, in just a moment, I’m going to give you 4 reasons why creatine is one of the safest Nutritional Supplements on the market.

I’ll be back in just a few seconds, stick around, don’t go anywhere.

Before I start to answer the question, “is creatine safe?” two quick points…

1) When I say creatine I’m talking about creatine monohydrate, which the is version that the vast majority of clinical studies have been peformed upon. Almost none of the other versions of creaine currently being hyped in the marketplace are supported by any clinical data.

2) I always support my arguments with facts – if you want to see the clinical references I use to support the arguments I make in this video, you can find them listed below.

OK, with that out of the way, let’s answer the question, “is creatine safe?”

Instead of simply answering, I’m going to give you 4 compelling reasons why you shouldn’t be concerned about supplementing with creatine monohydrate. There are a couple caveats, of course, and I’ll discuss them at the end of the video.

4 Compelling Reasons Why Creatine Supplementation is Safe for Most People!

There’s definitely a lot of nonsense and hype in the sports supplement industry, but that cannot be said about creatine. It’s been extensively studied over the last 20 years or so, and the clinical data is clear: taken at the recommended dosage, creatine is both safe and effective for healthy people.

And, just for the record, these were not short term studies with a couple of sprinkles of creatine; one study on Huntington’s patients lasted 2 years and used a dose of 10 grams per day, one parkinson’s study lasted for 2 years at 4 grams per day. None showed any serious detrimental effects and only the most minor of side effects.

It occurs naturally. Creatine isn’t something foreign to our bodies – we all consume it regularly, as it occurs naturally in red meat, fish, and pork, albeit at a much lower concetration than what we get when we supplement.

Today high quality, contaminant free products are easily accessible and affordable. In the early days, anecdotal comments of negative side effects of creatine were attributed to contaminants resulting from inferior manufacturing processes.

OK, so I hear you saying, Paul, what about the potential damage and to the liver and kidneys?

That too has been studied fairly extensively – and tracked in the therapeutic studies I mention earlier – and the verdict is in; supplementing with reasonable doses of creatine does not seem to be an issue. Yes, there have been the occassional reports adverse events but I was only able to find one verifiable one.

However, if you have kidney or liver disease creatine should be used with caution and only under the supervision and guidance of a professional medical doctor. There is a potential for side effects.

OK, earlier on I said there were a couple of caveats. here they are…

1) The safety of creatine in children and adolescents has not been fully established.

2) Most long term studies did not exceed a daily dosage of 10 grams. so if you’re planning on taking a higher dose for a long period of time – and I’m not really sure why you would since studies using a 5 gram per day maintenance dose were plenty effective – then all bets are off.

3) And lastly Creatine monohydrate is the only version of creatine that’s been studied exclusively. The comments on creatine safety cannot be applied to these other versions.

Alright guys thanks for watching, really hope you enjoyed video! Please gives us a thumbs up if you can, and do share it and comment on it, that would be awesome, and of course if haven’t subscribed to this channel yet, I would love it if you did, it would really help me out.

Thanks again for watching and I’ll see you again really soon!

Studies referenced in the video:

Possible side effects / dangers for those with existing kidney disease
http://www.ncbi.nlm.nih.gov/pubmed/15273072

Hey! Want to get updated whenever we post new videos? 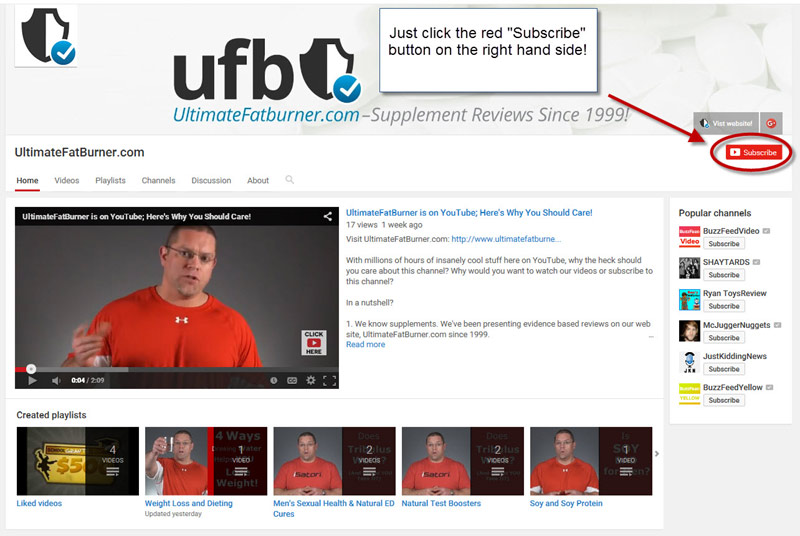