9 Facts about Testosterone Boosters for Men (Read BEFORE You Buy!) - Bodybuilding Supplements

9 Facts about Testosterone Boosters for Men (Read BEFORE You Buy!) (Transcription)

Hey guys, Paul from Ultimate fat Burner.com here and today I’m hitting you up with 9 things you aboslutely must know about Testosterone Boosters for Men before you spend a penny of your hard earned cash on one. I’ll be right back with the details in just a couple of seconds, stick around, don’t go anywhere.

Hey – what’s up everyone, thanks for sticking around. Before I get started, if you haven’t done so already – please subscribe to this channel so you don’t miss any of our videos!

In many parts of the world Testosterone Boosters for Men are Considered nutritional supplements, which means they very loosely regulated.

That means that manufacturers and retailers can get away with making exaggerated claims for their performance without presenting any evidence to support their claims.

And yes, there are agencies whose job it is to oversee the supplement industry, they are under-staffed and under-funded, and are therefore unable to monitor any but a small fraction of available products. 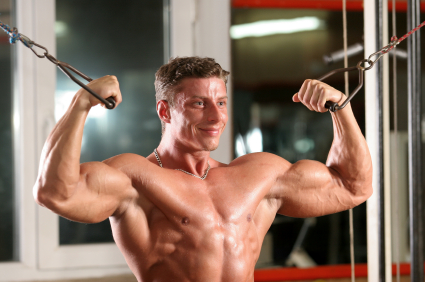 There is very little in the way of rigorous scientific studies supporting the claims made for these products.

Studies, when they actually exist, are small, performed over very short durations, or are conducted by the same people who have the most to gain financially from a positive result.

These sorts of studies are the easiest to manipulate.

Testosterone boosters for men aren’t exactly a secret. If they worked as advertised, they would be banned by the IOC – international Olymic Committee and other professional sports organizations.

The reason why they aren’t tells you all you need to know about the effectiveness of these products.

Natural test boosters contain herbal ingredients that work for libido boosting and erectile dysfunction. Click to Tweet
Many guys mistake this effect as “proof” that these supplements are boosting testosterone. Unfortunately, that’s not usually the case.

Tribulus – another herb often included in testosterone boosters – which incentially has been conclusively shown to NOT not elevate testosterone, contains a chemical called protodioscin, which in animal studies causes nitric oxide release in the penis and helps with erections.

Neither one of these herbs libido boosting effects has anything to do with the elevation of testosterone levels.

In the online world, testionials don’t mean much. Just because the person who’s promoting the product is totally jacked and has a rockin’ 6-pack, doesn’t mean that his results have anything to with the product hes representing.

This a common advertising strategy and the oldest trick in the book for selling supplements.

According to MedPageToday, over half of the major drug recalls in the U.S. were for dietary supplements that contained illegal drugs.

The three most popular supplement types likely to be contaminated?

If these products worked as well as advertised, why would anyone risk taking anabolic steroids, which are illegal in many parts of the world, and come with significant side effects?

Even the natural test boosters that have been proven to elevate test levels in preliminary cinical studies don’t boost them to the levels necessary to cause an increase in performance
or significant muscle growth.

Let me explain what I mean…

Now let’s consider a male testosterone supplement that was recently proven to boost test levels by around 6.5%.

So the math is…

But how much of a performance boost can you expect from this?

To give you an idea, the average beginner steroids cycle will have you taking between 250 mg -500mg of testosterone per week. This is the minimum steroid dose that experts in the field recommend if you expect to see any results from your cycle.

Very, very little if any.

A lot of natural test-boosting branded ingredients end up on the receiving end of class action suits. Click to Tweet

For example, the makers of Testofen – which is included in a ton of natural test boosters (I’ve included a partial list under this video and a list to the official complaint) – are currently being sued because the plaintifs allege it doesn’t elevate testosterone levels as claimed.

So there you have it; 9 SUPER-Important Facts To Know about Testosterone Boosters for Men.

Alright guys, that’s it for this video. If you have any questions or comments please leave them below, and if liked this video a thumbs up orshare would be awesome! And of course, if you’re not subscribed yet, please – why not join us!

Thanks so much for watching, and I’ll see you again really soon.