Chasteberry Review: Benefits and Side Effects As the name suggests, chasteberry (Latin name Vitex agnus-castus) is an herb that was once believed to suppress libido. According to medieval legend, monks chewed on the leaves of chasteberry trees in order to help them maintain their vows of celibacy.

While it’s now clear that the herb does not affect sex drive, extracts from the fruit of the chasteberry tree may have some therapeutic effects on conditions related to the female reproductive system. Chasteberry trees (actually small shrubs found in tropical climates) produce flowers and berries that can be dried and used medicinally. 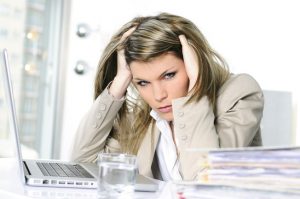 Chasteberry is used to ease the symptoms of premenstrual syndrome (PMS), as well as to regulate menstruation.

By suppressing production of prolactin (a hormone best-known for its role in milk production), chasteberry can alleviate breast tenderness (mastalgia) and other discomforts (irritability, bloating, depression) associated with PMS.

For this reason, it’s finding its way into the formulations of some “just for women” fat burners (see the SlimQuick review for details).

Chasteberry may regulate ovulation and help women struggling with infertility to become pregnant by correcting a condition known as luteal phase defect. Symptoms of endometriosis and acne related to the menstrual cycle may respond to it as well.

Chasteberry may have other applications, too—beyond the ones cited above.

For example, it contains antioxidant compounds that can help neutralize free radicals.

Animal studies suggest it may be useful for reducing epileptic seizures and improving bone mineral density as well.

How long do you need to take this supplement before you see or feel any results?

Users report that some symptoms of PMS respond quickly to chasteberry, although it may take up to three months for the full benefits of the herb to be noticed.

When chasteberry is used to regulate menstruation or induce ovulation, it may take up to six months for the herb to work.

Chasteberry is not meant to be used indefinitely. Four to six months for PMS and up to a year for infertility is the usual recommendation.

Side Effects and Drug Interactions

Since it can affect hormones, pregnant or lactating women should not take chasteberry.

Chasteberry may interfere with the action of the drug bromocriptine, which is sometimes prescribed to reduce prolactin levels, so the two substances should not be used together.

It may also conflict with dopamine-related medications such as selegiline, amantadine, and levodopa. 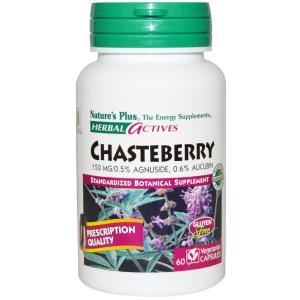 Chasteberry is available in tablets, capsules, tinctures and liquid form. The dried herb can also be used as a tea.

Powdered extracts should be standardized for the active ingredient agnuside, which should be present in amounts of at least 0.5%.

Prices range anywhere from $6-$30, depending on whether you’re buying a specialized formula or just the simple herb.

We recommend checking out the selection on iHerb.com, our recommended online retailer.

Have you used chasteberry for PMS, menopause or infertility?

If so, please let our viewers know… just scroll down and leave a comment! We’d all appreciate it very much!