What was the Biggest Supplement Scam of 2013? “Detox” and Detoxing… 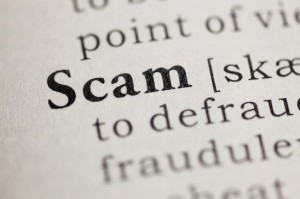 To celebrate the New Year, I decided to spend a little time thinking about the past 12 months, and specifically, the biggest supplement scam that has been “pulled” on the unsuspecting public.

I didn’t have to think very long.

In my opinion, it’s without a doubt the continued and rapid growth of “detox” or detoxifying products that claim to cleanse, purge, flush out, or otherwise eliminate environmental toxins and other “nasties” from your body.

Almost everyone and his or her dog is tapping in to capitalize on this craze, including people who should know a heck of a lot better. Now before you freak out on me, let me make a couple of points…

I am not arguing that…

And plenty of studies demonstrate what such exposure can lead to – like this one, for example, which shows that children exposed to environment chemicals face certain neurological impairments.

This information may frighten you, and fear is a powerful tool.

Because your fear can be used as a weapon against you. To market to you. To buy useless products that serve no effect.

If you reviewed either of the aforementioned studies on human exposure to environmental chemicals, there are two things you will have noticed…

You’ll notice, however, if you’ve ever purchased or considered purchasing a “detox” product, that the advertising never names any specific chemicals. Instead, it just uses the general term, “toxins.”

Because it’s one thing to say your product removes something (or some things) that you never actually identify. Pretty darn difficult to prove its effectiveness one way or the other either, right? “Toxins” in this case, can mean pretty much anything.

To illustrate this point, a few years back, the charitable trust Sense About Science reviewed a number of different products making detox-related claims. One researcher investigated a Garnier face wash which claimed to detoxify the skin by removing toxins. The “toxins” turned out to be the dirt, make-up and skin oils that any cleanser would be expected to remove, she said.

Not exactly what you were thinking about when you heard the term, was it?

On the other hand, it’s quite another thing altogether to make a quantifiable – or in other words, measurable and provable – statement about a product’s benefits. For instance…

If company A makes the statement their product helps eliminate PCBs, for example, it would be simple enough to prove its effectiveness…

So why is this not being done?

Quite frankly, because it would call the retailers on their bullshit.

‘Detox’ is a meaningless term that is used all the time. And because it hasn’t been defined, it’s impossible to say if it’s worked or if it hasn’t.

Additionally, I have not seen a single ingredient in any of the many products claiming to detoxify your body that has any established, proven benefit for doing so. And if the manufacturers and retailers of these products actually cared about your health and about delivering quality products that actually served a purpose, they would not hide behind wishy-washy, meaningless marketing terms, but instead, would provide some real proof their products did something.

And of course, just because a product makes some “detoxifying” claim doesn’t mean it isn’t contaminated itself. For example, Shakeology, who manufactures the “healthiest meal replacement shake” and states its product gets you healthy from the inside out, makes the following “detox” claim…

“Fiber and probiotics help you “get regular” so you eliminate toxins built up in your digestive system.”

Despite this, Shakeology failed a recent test by ConsumerLabs.com because it contained an unacceptable amount of lead per serving. While a small amount of lead consumption can be tolerated by adults (“may not be toxic to adults” were their exact words) children are susceptible to lead poisoning at very low levels. Pregnant women should also avoid the product.

“Detox diets and products may not do harm, except, perhaps, to your wallet, but neither do they do you much good. Your natural bodily functions are effective at clearing out harmful substances and there is little you can do to enhance these. Patience and a proper diet are more valuable than detox products and supplements.” (DR Paul Illing, Chartered Scientist, Registered Toxicologist and Fellow of the Royal Society of Chemistry)

“The detox fad – or fads, as there are many methods – is an example of the capacity of people to believe in (and pay for) magic despite the lack of any sound evidence. This is a trend that should worry us all.” (Professor Martin Wiseman, Visiting Professor of Human Nutrition, University of Southampton).

But what about those individuals who report to “feeling better” after trying a detox product?

Anecdotal reports of “feeling better” mean nothing. Human beings are notoriously terrible witnesses, and often, the very fact that they believe something is working is sometimes enough for it to do so; it’s called the placebo effect.

Additionally, I have not seen a detox product that did not advocate some sort of diet and lifestyle changes to accompany the “detoxifying” process. It’s fair to say that for the vast number of people experiencing what they feel to be positive results, these can almost entirely be attributed these changes. I remember reading feedback from one visitor on Real-Customer-Comments.com who felt that the fact that she had a headache during the “detox” period was proof that “toxins were leaving her body.”

In fact, this headache can be almost 100% attributed to the elimination of caffeinated beverages that are typically restricted on a “detox.” (Headaches are a common symptom of caffeine withdrawal).

Not the fact that toxins are leaving the body.

If hideous chemicals are hiding in every crook and cranny of our lives – in the air we breathe, the water we drink, the food we eat – what possible use could a detox – if it worked – even serve? After all, if we are taking in this stuff on a daily basis aren’t we just fighting a losing battle anyway?

Find Us on Amazon!