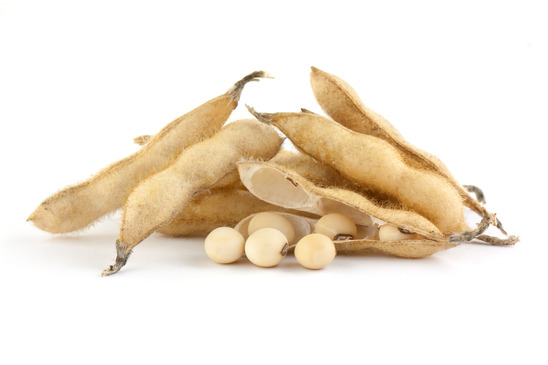 Once upon a time, soy protein isolate was a lowly food additive, and only marketed directly to vegetarians and people with food allergies/intolerances. These days, however, soy protein has gone mainstream, and can be found in any number of shakes, bars, beverages and other functional food products. High-quality soy protein isolates have even found a niche in the bodybuilding market, despite the disdain most bodybuilders have for plant protein sources.

Most of them are “incomplete”—that is, limiting in one or more essential amino acids. This means the protein cannot be utilized as efficiently as other, more complete sources. But soy is a notable exception. Soy protein supplements are not only good sources of (relatively) complete protein; they’re also considered “heart healthy,” thanks to studies demonstrating that soy protein can reduce cholesterol and serum triglycerides.

So that means soy protein is pretty good stuff…right?

Maybe…maybe not. While many do see soy as one of the “world’s healthiest foods;” others see it as the equivalent of rat poison. Glowing reports and alarmist screeds can be found all over the web—and both claim science is on their respective sides.

Is soy protein “good” or “bad”? Should people be adding it to their diets…or avoiding it like the plague?

Older measures of protein quality give soy a high rating, but still lower than those for animal sources (i.e., meat, eggs, dairy). However, a newer method for rating protein quality, the Protein Digestibility Corrected Amino Acid Score (PDCAAS), gives soy exactly the same score as whey and egg. Not surprisingly, the PDCAAS score is the one typically reported on sites promoting soy protein supplements.

Does this mean soy protein is nutritionally equivalent to whey and egg proteins?

Not quite…In reality, the “true” scores for egg (118) and milk (121) proteins are higher than soy, but scores over 100 are not reported. This is a flaw in the PDCAAS scoring system that has yet to be resolved.

In addition, recent research comparing soy to casein digestion in humans revealed differences in how the two protein sources were metabolized. The researchers found higher rates of amino acid oxidation and urea synthesis with soy, as well as lower rates of protein synthesis.

So, regardless of its PDCAAS score, soy protein really isn’t quite in the same league as high-quality animal proteins, although it’s certainly “good enough”—especially within the context of a mixed diet, where soy isn’t the primary source of protein.

An exception to this might be pre-/post-workout nutrition. One study, which compared post-workout soy vs. whey protein supplements, found no differences in lean mass gains after 12 weeks. A difference was seen in a second study, however, which compared soy protein to milk…and milk was the clear winner. Taken together, these studies demonstrate that soy protein can be used to boost pre-/post-workout recovery, but might not be quite as effective as milk protein (at least total milk protein).

The term “phytoestrogen” refers to plant compounds capable of mimicking human estrogen—the “female” hormone. As it happens, soy protein is also an excellent source of several phytoestrogens, notably the isoflavones genistein and daidzein. Much of the “buzz” about soy protein has focused on the benefits of consuming these isoflavones, which include:

Unfortunately there may be some downsides too, including:

The data on the benefits/risks of soy are far from conclusive.

For example, there are both positive studies on the benefits of soy isoflavones on menopausal symptoms (such as the one linked above) as well as negative ones. Likewise, there are studies that show soy consumption has hormonal/reproductive effects in men and women, and some that don’t.

In other cases, the data may be confusing and counter-intuitive. The relationship between soy protein consumption (in the form of tofu) and age-related dementia is a prime example. In one study the authors wrote:

“We hypothesize that regular dietary exposure to soy isoflavones over many years during middle life may be associated with the appearance of accelerated brain aging in later life attributable to chronically sub-optimal neuralplasticity.”

It sounds ominous, but epidemiological studies often need to be taken with a grain of salt. I haven’t allowed studies that correlate eating eggs or red meat with degenerative disease to put me off either one, for example, as I know there are other factors underlying those statistical associations.

Correlation does not imply causation.

Nonetheless, we need to reckon with the fact that phytoestrogens act globally, so may have different effects in different tissues. In other words, soy phytoestrogens could be either “good” or “bad”—depending on the context.

These are reduced in commercial soy products, but not eliminated completely, so they may still have some impact on nutrient absorption/utilization. In one study, for example, children consuming a low-phytate soy protein concentrate absorbed less iron and zinc than those consuming a comparable amount of protein from beef.

Likewise, soy protein preparations may contain lysinoalanine (LAL), which is produced when proteins are heated/treated with alkali. Lysinoalanine formation can reduce protein digestibility, and can affect growth and health.

Nonetheless, the presence of anti-nutrients and processing “artifacts” like LAL are NOT unique to soy protein products—quite the contrary. Furthermore, good manufacturing practices minimize their presence. So, this isn’t a damning issue, although it’s perhaps another reminder that soy isn’t quite nutritionally equivalent to high-quality animal protein sources.

A substantial portion of soybeans grown in the US are from strains genetically modified for herbicide resistance. Needless to state, there’s a lot of opposition to genetically-modified food crops, based on both practical and philosophical concerns.

Since soy ends up in a lot of food products, safety is of paramount importance. Monsanto’s RoundUp Ready soybeans have been tested in a number of animal feeding studies, and thus far, appear to be safe. Nonetheless, consumer acceptance is still low, so most soy protein supplements are produced from non-GMO soybeans. It’s a non-issue…for the present.

So—taking all of the above into consideration… 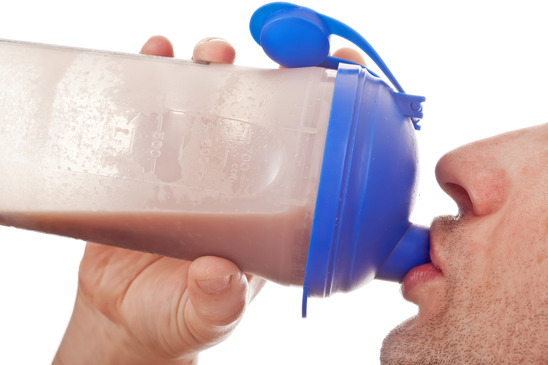 Overall, I don’t see any major reasons to avoid it: although there’s some potential for harmful effects, the proof is underwhelming at this time.

The bottom line is that soy foods have been eaten safely by people for centuries.

At the worst, any detrimental effects are likely to be more subtle than severe. Thus, I don’t buy into the anti-soy hysteria. As a trained food scientist, it wouldn’t be difficult for me to concoct similar scare stories about any number of different foods. No food—no matter how “natural” or “organic”—is 100% pure and wholesome.

On the other hand, I don’t see any major reasons to supplement with soy protein, either. If the detrimental effects are subtle, so are the benefits, which could easily be duplicated by other dietary and lifestyle changes. The protein quality is decent, but not outstanding.

To make a long story short: I think soy protein can be used as a both protein supplement for everyday folks, and as a bodybuilding supplement, but don’t see any compelling reason why it should be.

Under the circumstances, I’d just as soon leave soy protein supplements to the vegetarians and folks with food allergies/intolerances.